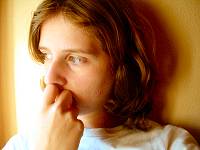 When filing a Petition for Domestic Violence, it is important to be specific. The main reason for this is that the other party has due process rights under the Constitution, and he or she is entitled to adequate notice of the allegations. Most courts will provide a petition form that you would need to complete. When you fill out the form, it will ask you questions about the alleged incident(s). Be sure to list sufficient information to put the other party on notice of what incidents occurred that led to filing the Petition. In other words, you need to identify, in clear terms, when the incident(s) took place and what happened. It is not appropriate to go into extensive detail describing the incident(s) like a play-by-play commentary, but you need to provide sufficient information that the other party will be advised of what you are describing. When in doubt, include more detail. If there has been more than one incident, you need to mention it in the Petition. The prior incident(s) helps put in context the recent event which prompted the domestic violence petition.

Another issue of importance pertains to what evidence is “relevant” in a Domestic Violence Hearing. Magistrates frequently complain that petitioners tend to elaborate on facts totally unrelated to the incident(s) of violence and if the petitioner has a reasonable fear for his or her safety based on threats of force. Under Ohio law, a person must show a pattern of behavior, including recent incidents of domestic violence, in order to be successful and obtain a Protective Order. Ohio law defines Domestic Violence as: (a) attempting to cause or recklessly causing bodily injury; (b) placing another person by the threat of force in fear of imminent serious physical harm or have been found guilty of menacing by stalking or aggravated trespass; (c) committing any act with respect to a child that would result in the child being an abused child; or (d) committing a sexually-oriented offense. Based on Ohio Revised Code Section 3113.31, the evidence submitted should be related to incidents where violence or attempts of violence occurred, where there were threats of violence that would reasonably lead an individual to fear imminent physical injury, or incidents that led to a child in the home being abused. If you are the Respondent at the hearing, you should make sure to present evidence that refutes these elements. Remember that this is not an opportunity to vent or air grievances over past slights. It is not the time to discuss affairs, bad cooking, poor management of finances or other things that do not relate to the above-mentioned elements. Often petitioners only touch on acts of violence and move to other underlying irrelevant issues that may have been building up for some time. They then end up missing crucial testimony and lose their case.

Finally, people need to be aware of the ramifications of a finding of Domestic Violence. The Petitioner needs to be aware that the restraints contained in the Protective Order apply both ways. He or she cannot contact the Respondent, just as the Respondent cannot contact the Petitioner. The Respondent may be forced to move out of his or her house, lose contact with their children (or have minimal contact with their children), be at a significant disadvantage if a custody dispute occurs, be precluded from owning a firearm, and alter their daily lives. There is generally a “no contact order” that means the Respondent cannot be within a certain distance from the Petitioner. If, while out in public, they encounter each other, the Respondent must leave. The issuance of a Protective Order can alter a person’s ability to work. In short, while acts of domestic violence cannot be condoned, there are very serious consequences that will impact both parties which need to be thoroughly evaluated.

There are two other things that I should mention. The first is who exactly may be covered under a Protection Order. The Protection Order generally covers all household members. The definition of a household member is pretty inclusive. It covers all family members who are living with, or who have lived with, the Respondent. It also covers persons living as a spouse with the Respondent. Basically, this means a person who is married to the Respondent, or a person who is living with the Respondent in a domestic relationship. It covers the parent of any child where Respondent is the other natural or putative parent. Finally, it covers family members of the spouse or person living as a spouse that live with, or have lived with, the Respondent.

There are several ways to go about obtaining a Protection Order for acts of domestic violence. The first is in criminal court. This is through the local Prosecutor’s office. The disadvantage to this approach is that the Order expires at the end of the case. It may be possible to get a no contact order as part of any sentencing, but this is up to the court’s discretion. The second way is to obtain an Order through the Domestic Relations Division of your County’s Common Pleas Court. These orders, if issued, will last for up to five years. They are more inclusive, covering household members as discussed above. Additionally, the Respondent can be ordered to attend counseling. A Civil Protection Order may award temporary child support or spousal support, temporary child custody and parenting time, including supervised visitation, award the use and possession of an automobile or other personal property of the parties. If you are looking into obtaining a Protection Order as part of the criminal investigation, it would be wise to consider obtaining an additional Civil Protection Order through the Domestic Relations Court, too, so you are protected for the longest period of time possible.

It is best that you consult with an attorney before filing your petition or if you are named as the Respondent and have been served with the Petition and Ex Parte Order. An experienced family law attorney will be able to fully explain the proceeding and its nuances and walk you through the process from start to end. Otherwise, there is a chance you may not present the proper evidence to the Court which could have dire consequences. For more information, click here to be linked to the Ohio Domestic Violence Resource Center.

© 2009 – 2018, Ohio Family Law Blog. All rights reserved. This feed is for personal, non-commercial use only. The use of this feed on other websites breaches copyright. If this content is not in your news reader, it makes the page you are viewing an infringement of the copyright.

About The Author: Shawn P. Hooks