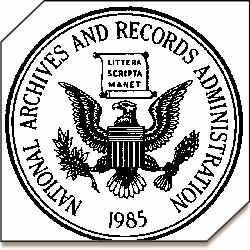 One of my all time favorite family law blogs is Updates in Michigan Family Law written by Attorney Jeanne M. Hannah. I read her posts every week even though thinking about Michigan gives me a twinge of pain as a “Buckeye”.  Nonetheless, her posts are always informative and excellent! She recently posted on a topic that I felt would be of interest to our readers, especially since our law office is only a few miles from Wright-Patterson Air Force Base. With Jeanne’s kind permission, I have republished her article below.

There are times when, in a family law case, it is important to have the military personnel records of a service member. Some records from personnel files are available and stored in various locations; some records are of a medial or mental health issue. Those are kept in other locations. Some of those may be unavailable.

Most veteran’s records are stored at the National Archives and Records Administration’s National Personnel Records Center, Military Personnel Records (NPRC-MPR). This includes records of veterans who are completely discharged (with no remaining reserve commitment), or who are retired or have died.  Starting in 1995, the service departments gradually began retaining their personnel records in electronic format and all but the Coast Guard now have stopped transferring them to NPRC-MPR.  NPRC-MPR does not have records of members who are still in the active or inactive reserves or in the National Guard.  The locations of most personnel records are listed by service branch. 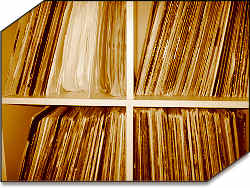 Older military personnel records (generally prior to WWI, depending on the service branch) are on file at the National Archives and Records Administration, Old Military and Civil Records Branch (NWCTB), Washington, DC 20408.  See How to obtain copies of Older Military Records for more information.

Most Official Military Personnel Files at the National Personnel Records Center (NPRC) prior to 1992 contain both personnel and active duty health records. Health records cover outpatient, dental, and mental health treatment which a former member received while in the military service.  Health records documents include induction and separation physical examinations, and routine medical care (doctor/dental visits, lab tests, etc.) when the patient was not admitted to a hospital.

In comparison, clinical (hospital inpatient) records are NOT filed with the health records but are generally retired to NPRC (MPR) by the hospital or facility which created them. Other medical records which would not be included are Department of Veterans Affairs (VA) records, or records for service after 1992 (detailed below).

The practice of filing health records with the personnel record portion has been discontinued.  In 1992, the Army began retiring most of its former members’ health records to the Department of Veterans Affairs (VA).  The other services made this change on the dates shown below:

After the dates shown on the chart above, the Department of Veterans Affairs (VA), Records Management Center , St. Louis, MO, maintains the active duty health records or manages their whereabouts when on loan within the VA.  Call the VA toll free number at 1-800-827-1000 to identify the current location of specific health records and to find out how to obtain releasable documents or information.

Veterans who filed a medical claim should contact the Department of Veterans Affairs (VA) in order to determine if their record is already on file. The VA Toll Free # is: 1-800-827-1000 and will connect the caller to the nearest VA office.

© 2010 – 2018, Ohio Family Law Blog. All rights reserved. This feed is for personal, non-commercial use only. The use of this feed on other websites breaches copyright. If this content is not in your news reader, it makes the page you are viewing an infringement of the copyright.

About The Author: Robert L. Mues
Robert Mues is the managing partner of Dayton, Ohio, law firm, Holzfaster, Cecil, McKnight & Mues, and has received the highest rating from the Martindale-Hubbell Peer Review for Ethical Standards and Legal Ability. Mr. Mues is also a founding member of the "International Academy of Attorneys for Divorce over 50" blog. Mr. Mues has also been a dog owner for 55+ years, and just recently, he and his wife are the owners of "Ralph", a rescued mixed Wire Hair and Jack Russell Terrier.

Location of Military Service Records and How to Obtain Them