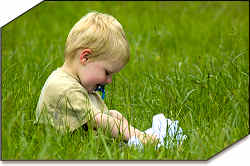 Most of us are familiar with Child Protective Services, or CPS.  CPS, or an agency with a similar name, is the agency in each state that has assumed the task of protecting our kids from abuse or neglect by adults, especially their own parents. A recent study explained in the October 2010 issue of Archives of Pediatrics and Adolescent Medicine suggests that child abuse investigations do not significantly reduce risk for future violence or abuse.  In fact, the study links investigations to increased depression in mothers.  The results have given ammunition to many who had already been calling for a drastic scaling back of CPS and the many millions of dollars that Congress and state legislatures annually direct towards CPS.

Congress passed the Child Abuse Prevention and Treatment Act in 1974 because of concerns about battered children.  That Act was also designed to encourage more thorough and accurate reporting and record-keeping in child abuse cases.  These days, the role of CPS has grown and evolved.  In 2007 alone, CPS nationally investigated more than three million cases of suspected child abuse.  Today, CPS also enjoys almost unlimited investigative and search and seizure powers, much greater than that of police, that can quickly trample a parent’s constitutional rights.

The Archives of Pediatrics study examined the records of 595 children nationwide.  All the children shared a similar high risk of maltreatment and all were tracked over a four-year period.  The authors used data from interviews conducted with the children’s maternal caregiver, first when the child was 4 years old and again at 8. During those four years, Child Protective Services investigated the families of 164 of the children for suspected child abuse.  The authors found that during the interviews at age 4, households of children in the investigated group had lower family function and more poverty than households of non-investigated children.

Four years later, the researchers interviewed all the families again and compared the 164 children who had been investigated to the 431 families who had not been investigated.  The researchers looked at seven factors known to increase the risk for abuse or neglect.  Those factors included poverty, social support, family functioning, caregiver education and depressive symptoms, anxious or depressed child behavior and aggressive or destructive child behavior.  Surprisingly, researchers were unable to find any differences in the investigated families compared with the uninvestigated families in any of those factors, except that maternal depressive symptoms were worse in households with a CPS investigation.

Those results did not come as a complete surprise to many of the researchers.  They pointed out that when CPS intervenes and services are offered, CPS usually takes aim at immediate risks – substance abuse or domestic violence, for example – not ongoing problems like poverty or poor social support.  The interventions performed by CPS in the study, whatever they were, apparently failed to reduce the risk for future child abuse.

Many of us are familiar with stories where Child Protective Services has entered a situation, not nearly as bad as it was presented, and removed children from a stable parent or home.  This track record of CPS leaving behind a trail of broken homes has left some screaming to scrap CPS altogether.  Phyllis Schlafly, a lawyer with WorldNetDaily.com, has recently written an article titled “Shut Down Child Protective Services”.  In addition to discussing the Archives of Pediatrics report, Ms. Schlafly pointed out that the researchers did not look at the harm caused by “CPS bureaucrats who arrive unannounced with the police, interfere with a functioning family, and often take the children away from their parents and turn them over to foster care.”

To illustrate her point, Ms. Schlafly described two cases involving Child Protective Services that are presently before the U.S. Supreme Court.  In Camreta and Alford v. Greene, an Oregon court found that CPS investigators violated a 9-year-old girl’s constitutional right against unreasonable search and seizure.  The case involved a CPS caseworker and a deputy sheriff interrogating the girl about possible sexual abuse at home.  The caseworker and deputy interviewed the girl for two hours without a warrant, a court order, parental consent or exigent circumstances.  Those facts caused Ms. Schlafly to then question why some governmental agencies, such as CPS, seem to be more concerned with guaranteeing constitutional due process to, say vicious criminals, than to parents.

The other case cited as being before the Supreme Court, Los Angeles v. Humphries, has already been briefed and argued.  That case involves the constitutionality of the child abuse index, or list, that is maintained by Child Protective Services in California.  More than 800,000 people are currently listed on California’s child abuse index.  CPS puts people on their list from agency reports that are based on anonymous tips and suspicion, not proof.  (The child abuse registry should not be confused with the sex offender registry, which lists only those who have been convicted of sex crimes.)  The child abuse registry puts individuals on the list who have never been proven guilty of anything or even charged with a crime – a punishment that entirely goes against our legal assumption of innocent until proven guilty.

As a divorce attorney, I can see how it would be awfully easy for a malicious wife or ex-wife to allege child abuse as part of her game plan to get child custody or increased child support.  As one might imagine, being listed on the index can be very hurtful to individuals since employers consult the index before hiring employees to work with children.

The big issue in Humphries is the fact that there are no procedures, no standards and no criteria for a wrongly accused person to get his or her name off the child abusers index.  The Supreme Court is reviewing the Ninth Circuit ruling that Craig Humphries (whom the court found innocent of all charges) had a “nightmarish encounter“ with the California system, and found “there is no effective procedure for Humphries to challenge the listing.”

Congress toyed with a plan to create a national child abuse registry in 2006, but ultimately decided that the unreliability of state lists and the lack of due process were too much to overcome.  The U.S. Supreme Court is obviously concerned with those same issues in Humphries.

The research results that were published in Archives of Pediatrics were accompanied by an editorial entitled, “Child Protective Services has Outlived its Usefulness” by Dr. Abraham B. Bergman.  In it, Dr. Bergman suggests some serious changes be made to the way CPS does business.  He believes that because child abuse is a crime, it should be investigated by the police.  Because issues of neglect concern a child’s health, Dr. Bergman contends that public health nursing services should be the first to respond to concerns of child neglect.  Finally, he thinks social workers should assess appropriate living situations and work with families to obtain services, rather than focus on law enforcement like they so often do.

Not everyone, though, takes the results of this study as proof that CPS should just go away.  Dr. Kristine A. Campbell, the lead author of the study, believes differently and states that it may be too easy to blame Child Protective Services.  “I believe that CPS has a critical role,” she says.  “As a pediatrician, when I’m there in the middle of the night with a child who has been beaten up, I need them.  But we have to look at other systems that can really create a safety net for these children.”  Dr. Campbell then said, “I don’t believe that CPS has outlived its usefulness.  The problem is that someone needs to continue working with these families – those risk factors don’t go away, and I’m not sure we should expect CPS to deal with them.  CPS deals with acute issues.  We don’t know how to deal with what remains.”

I believe that Dr. Bergman would tend to agree.  His editorial summarized the situation that CPS faces today: “The concept of Child Protective Services was idealistic when it first came into being in the early 1970s.  Initially, the task of identifying non-accidental trauma was relatively straightforward because it was the classic ‘battered child’ that was among most frequent diagnoses.  Much has changed in the child welfare field over the past 40 years, notably the types of child maltreatment seen and the explosive growth of the foster care system.” Dr. Bergman continues, “How has CPS responded to these changed responsibilities?  Not well, according to this study by Campbell and colleagues in this issue of the Archives.  This gloomy prognosis notwithstanding, the changed picture of child maltreatment in the United States demands, at the very least, that we begin a wide-ranging discussion and testing of alternative responses.”

© 2011, Ohio Family Law Blog. All rights reserved. This feed is for personal, non-commercial use only. The use of this feed on other websites breaches copyright. If this content is not in your news reader, it makes the page you are viewing an infringement of the copyright.

One thought on “Child Abuse Investigations: Good, Bad or Ugly?”