Publisher’s Note: Here is an article originally posted on the Ohio Family Blog on November 15, 2008. Parental alienation continues unfortunately to be all too common in custody litigation. Domestic Relations Courts hear testimony about it daily. I thought this primer on the topic would be worth reposting today!

Does Parental Alienation Syndrome (PAS) Factor Into Determination Of Custody In Ohio? 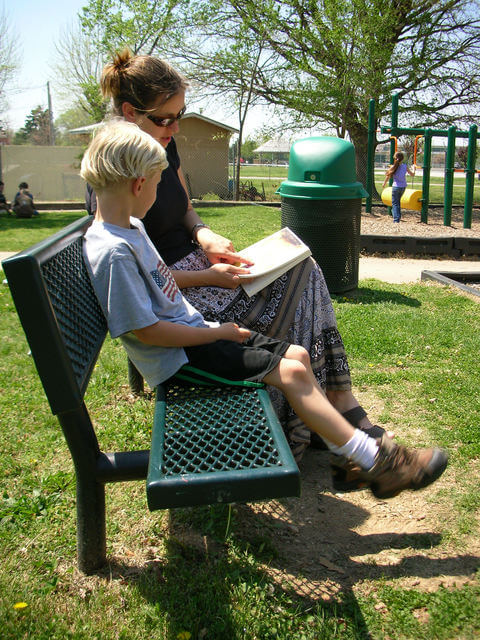 There are a number of different factors and circumstances that have an effect on the determination of custody in Ohio. According to O.R.C. §3109.04(F)(1), the court must consider all relevant factors when determining the best interest of the child. One of those relevant factors under Section 3109.04 (F)(1)(I) includes whether either parent has continuously and willfully denied the other parent’s right to parenting time or visitation as ordered by a court. While visitation denials may be relatively easy to prove in court, that alone doesn’t amount to parental alienation.

Further, it is not uncommon for some amount of alienation to occur when parents first separate. Usually, the alienation subsides after the parents’ transition through the separation and move on with their lives. In some cases it doesn’t, and instead it continues and escalates to what has become referred to as “Parental Alienation Syndrome”. This disorder was first identified by Richard A. Gardner, a forensic psychiatrist, in the mid-1980s, and defines it as:

A disorder that arises primarily in the context of child-custody disputes. Its primary manifestation is the child’s campaign of denigration against a parent, a campaign that has no justification. It results from the combination of a programming or brainwashing of a child by one parent to denigrate the other parent and the child’s own contributions to the vilification of the target parent.

There are three stages of PAS. These stages include mild, moderate and severe. In a mild case there are naive alienators and the perpetrator can be educated and changed. However, in a severe case the perpetrator is often delusional and their entire being is focused on destroying the other parent’s relationship with the child.

How Do Courts in Ohio Deal with PAS Cases?

Most judges and magistrates are conservative in their orders. Even in severe cases, sanctions to the alienating parent are often relatively inconsequential. If a party perseveres and repeatedly demonstrates to the Court continued contemptuous violations by the alienating parent, a few brave judges have switched custody. In those cases, often the alienating parents ultimately become desperate, their excuses and mental health weaken. But typically, the time and effort to demonstrate this to a Court can take years; during which the innocent parent often becomes frustrated with the process recognizing the irreparable harm to the child. Mild or moderate cases of PAS  do not result in custody changes. So expert testimony as to the level of PAS is required.

In Pathan v. Pathan, the Second District Ohio Court of Appeals in Montgomery County determined that a mild or moderate case of PAS was not enough to prove a change in custody was necessary. Pathan v. Pathan,  2nd Dist. No. 17729, 2000 WL 43711 (Jan. 21, 2000) at pg 4. In Pathan,  the mother was found to have caused a moderate case of PAS in the child by disrupting the efforts of the father to communicate with his child. However, the court found that the harm caused by changing custody to the father outweighed the advantages of a change in environment.

In Allen v. Murphy , the Fifth District Ohio Court of Appeals agreed with the lower court’s determination that the mother engaged in “the worst sort of parental alienation” and created “an alternate sphere of reality” by convincing her children they were victims of abuse. Allen v. Murphy,  5th Dist. No. 2003AP100081, 2004-Ohio-2578, 2004 WL 1124953 (May 17, 2004) at pg. 1. This more severe case of PAS resulted in a change in custody. Another case of severe PAS was presented to the Ohio Court of Appeals Twelfth District in Doerman v. Doerman. In Doerman, the mother thwarted every attempt of the court to ensure the father parenting time. Doerman v. Doerman,  12th Dist., 2002 WL 1358792 (June 24, 2002) at pg. 6. The court determined it was in the best interest of the children that the father be named legal custodian.

PAS is one of many factors that are considered for the determination of custody set forth in O.R.C. §3109.04(F)(1). However, PAS can play a significant role in the determination of custody. Through an expert opinion, the court will first determine if PAS exists. Second, the court will make a decision as to the level of PAS in the particular case. In Ohio, there must be a severe case of PAS for custody to change on the basis of PAS alone. Proving a severe case of PAS is difficult. It requires exceptionally strong facts, a long history of alienation, expert testimony and a judge who is willing to make what might be perceived as a controversial decision.

Do You Require Help With Custody Or Parental Alienation Issues?

The lawyers at Holzfaster, Cecil, McKnight & Mues are committed to providing our clients with excellent individualized representation and sound legal advice. Feel free to learn more about our firm at our website at www.hcmmlaw.com.  If you seeking help with parental alienation or custody issues in the Dayton, Ohio, area please contact us at (937) 293-2141 or email us here. We would welcome an opportunity to discuss your situation.