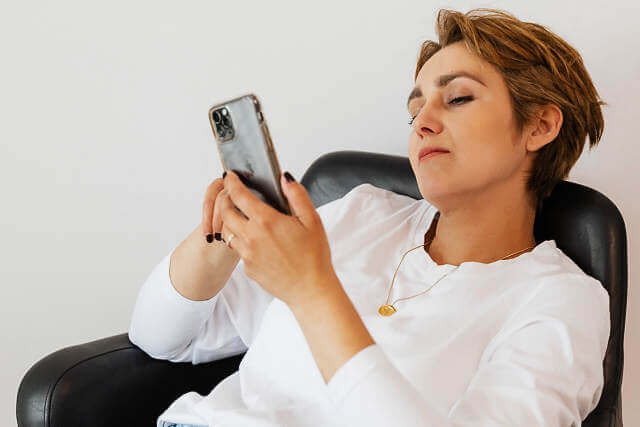 Social media sites have become important platforms for exercising free speech rights protected under the First Amendment of the U.S. Constitution. Despite overall agreement as to the importance of such platforms, there is debate over the extent to which such speech can be restricted. One side argues that there are not enough measures in place to protect against violent or false content, while the other argues that such measures could unfairly restrict potentially valuable content.

On June 16, 2020, the Ohio Supreme Court spoke on this controversy in its decision, Bey v. Rasawehr, Slip Opinion No. 2020-Ohio-3301, where the Court held that a civil stalking protection order (CSPO) restricting future postings imposed an unconstitutional prior restraint on protected speech. Click here to read the opinion.

What happened in the case?

Following the deaths of his father and brother-in-law, appellant Jeffrey Rasawehr began posting on social media sites as well as local news sites that his mother and sister contributed to the deaths of their respective husbands. A billboard located near his sister’s house contained the message “Jeff Rasawehr says, ‘LEARN ABOUT COUNTY CORRUPTION & COVER-UPS AT…’ CountyCoverUp.com.” The billboard directed viewers to a website with a series of posting, presumably by appellant, reiterating his accusations against his sister as well as accusing local public officials of a cover-up.

Following appellant’s internet postings, his mother and sister each filed for a civil stalking protection order (“CSPO“) against him. The trial court issued CSPOs after the appellees described the mental distress appellant’s postings caused. The CSPOs prohibited appellant from contact with either appellee. Specifically, in paragraph nine of the CSPOs, the trial court added that the appellant was prohibited from posting about his mother or sister on any social media outlet and “shall remove all such postings from CountyCoverUp.com that relate to Petitioners . . .  [and] shall refrain from posting about the deaths of Petitioners’ husbands in any manner that expresses, implies, or suggests that the Petitioners are culpable in those deaths.”

The appellate court affirmed the trial court’s judgment in both cases and denied appellant’s constitutional challenges to paragraph nine. However, the Ohio Supreme Court accepted jurisdiction over the prior restraints issued raised by appellant.

What did the Court do?

The Court was concerned with whether paragraph nine of the CSPOs violated the First Amendment by constituting a prior restraint on protected speech. Specifically, the Court dealt with the trial court’s order for appellant to refrain from posting about appellees and the deaths of their husbands on any social media  platform and whether it constituted a prior restraint on free speech in violation of the First Amendment .

In considering the issue, the Court analyzed the law governing CSPOs, First Amendment principles governing the alleged violations, and, finally, how those principles applied to paragraph nine of the CSPOs in this case. According to the law governing the issuance of CSPOs, it is a remedy available that allows the “police and courts to act before  a victim is harmed by a stalker.” The trial court found by a preponderance of the evidence that the mental distress as well as the fear of potential physical harm suffered upon the appellees was sufficient to issue the CSPOs.

The Court next looked at the applicable First Amendment principles. Specifically, the Court focused on the principle that a content-based regulation is presumed unconstitutional and subject to strict scrutiny. Under strict scrutiny, the regulation must be the least restrictive means to achieve a compelling state interest.

After considering the laws governing CSPO  issuance as well as the First Amendment, the Court analyzed how the First Amendment would be applied to paragraph nine of the CSPOs. After conducting a content-based versus content-neutral analysis, the Court concluded that the regulation in paragraph nine was content-based as it was a regulation “about” a specific person (i.e. the appellees).

Finally, the Court applied the strict scrutiny test to the regulation in paragraph nine, where it found that the scope of the regulation did not have a defined limit, and thus, was not the least restrictive means. Moreover, nothing in the record justified such a broad and sweeping restriction that “prohibits everything” the appellant could post on the subject. Thus, the Court ultimately held that the regulation was content-based and did not survive strict scrutiny, and as such, vacated paragraph nine of the CSPOs.

What should you take away?

Though the mental distress experienced by the appellees warranted some measure of relief, the unlimited restraint on appellant’s future postings went beyond what could be tolerated by the First Amendment. Moreover, this ruling falls in line with a similar case that went before the Massachusetts Supreme Judicial Court in May. In that case, the Court also found the prior restraint unconstitutional as the threat of damage was not compelling nor grave.

However, though the regulations were unconstitutional, these holding do not bar a party from pursuing other courses of action. For example, a party could still bring a defamation claim against the other.

Ohio Courts who issue the civil stalking protection order  (“CSPO“) or civil protection orders (“CPO”) need to be mindful of this decision and draft online posting restrictions as narrowly as possible or risk that the provision will later be stricken as violating the First Amendment of the U.S. Constitution.

PUBLISHER’S NOTE: I want to acknowledge Ashlyn O’Brien’s assistance in drafting this blog article. Great job! Ashlyn is a previous Extern with Holzfaster, Cecil, McKnight & Mues. She graduated from the University of Dayton School of Law this year and is waiting to take the Illinois bar exam. We miss her!

The First Amendment and the Digital Age: Can the Court stop you from posting online? The Ohio Supreme Court Addresses this Question