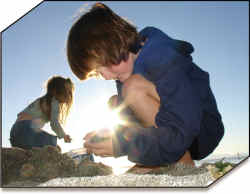 Divorce can be earth-shattering for everyone, but arguably no one suffers more than the children involved. That being said, while divorce has proven to have devastating impact on these young people at the time, some research now suggests that these children do not experience long-term side-effects.

While the divorce is occurring, and even in the period following, it is typical for kids to experience anxiety, anger, depression, shock, etc. However, Arkowitz and Lilienfeld argue that all of these negative effects are short-lived. In support of this, they point to a study conducted by sociologist, Paul R. Amato.  Amato’s research followed kids whose parents divorced during childhood, into their adolescence and teenage years.  He then compared those children to others whose family remained intact.  The results showed that there were relatively few differences between the two groups of children.  Ultimately, those with divorced parents typically recovered quickly and handled … Read More... “Divorce Research Shows Children Suffer No Real, Long-Term Effects of Divorce”

NOTE: I want to thank Attorney Danielle Peterson for all her help researching and collaborating with me on this blog article! Originally from Helena, MT, Ms. Peterson received her B.A. in Sociology from Carroll College, and her J.D. from the University of Idaho College of Law. She is currently licensed to practice law in the State of California.

Gregory Ramey, Ph.D., is a child psychologist and vice president for outpatient services at the Children’s Medical Center of Dayton.  For more of his columns, join Dr. Ramey on Facebook at www.facebook.com/drgregramey. Dr. Ramey has been a guest contributor to the Ohio Family Blog since 2007. 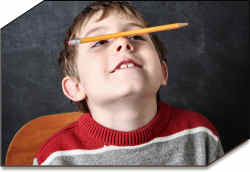 On August 6, 2016, The Dayton Daily News ran an article by Dr. Gregory Ramey entitled, “Things I Don’t Understand.”  While I found myself nodding along to many points made by Dr. Ramey, numbers 1 and 2 really got me thinking:

Delaying your divorce? Things you should know before filing for legal separation; an unexpected court decision for you and your spouse 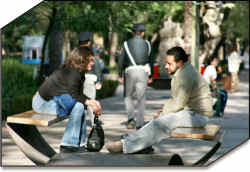 When I began to practice family law in 1988, there were three (3) major proceedings in the Domestic Relations Courts of the State of Ohio:

… Read More... “Separation: What is the Difference Between a “Separation” and a “Legal Separation” in the State of Ohio?” 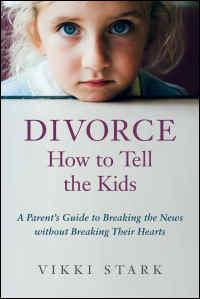 Vikki Stark, a divorce recovery specialist and a family therapist for over thirty (30) years, published this book in 2015. Her stated purpose in writing the book was to make the “telling” to the children of the news that a family was going to be separating as non-traumatic as possible. To research this subject area, the author conducted over one hundred (100) interviews with children and with adults who were children when their parents separated and divorced. She also interviewed parents who had already done the “telling” to their children to learn about their positive and negative experiences in doing so. Finally, she read and researched many articles written by other professionals in the same field.

The main points from Chapter 1, A Bridge to Your Next Life, are as follows:

… Read More... “Divorce Book Review: DIVORCE: How to Tell The Kids: A Parent’s Guide to Breaking the News Without Breaking Their Hearts” 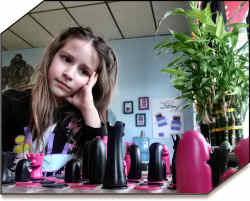 There’s both good and bad news on the status of kids’ mental health in research just published in the New England Journal of Medicine.

The good news is that more kids are getting help for their emotional and behavioral problems, with 13.2 percent of children receiving mental health services in 2012 compared to only 9.2 percent in 1996.

The bad news is that only 44.6 percent of children with severe mental health problems received any professional assistance.

There is no single or simple reason why more than half of our kids with serious problems received no professional support. This may be due to a shortage of pediatric mental health specialists, parental financial issues, problems with getting off from work to attend sessions, or the refusal of kids to participate in therapy.

However, here are the top three reasons I’ve heard from parents.

… Read More... “Why Aren’t You Getting Help for Your Child?”

Child’s College Expenses Problematic Upon Divorce. Why it’s Important To Say What You Mean and Mean What You Say 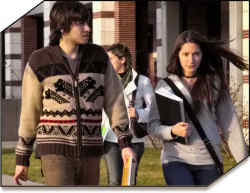 With the importance of higher education becoming more apparent every day, it is not uncommon for divorcing couples to decide to provide for their children’s college expenses. In Ohio, like many other states, domestic relations courts cannot ordera parent to pay these costs because the duty of support generally ends once a child reaches the age of 18 (or in some situations at 19) .  Nevertheless, the parties can negotiate a division of the college expenses and incorporate it into a separation agreement.

Generally speaking, a separation agreement is a contract and is therefore, binding on the parties involved.  So, if you decide to agree to be on the hook for your children’s college expenses upon divorce, it is extremely important that the language within your agreement clearly expresses your intent.

In many cases, the children of these divorcing couples have yet to reach the age of 18.  Therefore, these provisions providing for college expenses are quite often a future occurrence not set to happen for years after the divorce is final.  This can obviously produce many problems.… Read More... “College Expenses And Divorce”

Should We Try To Avoid Regret? 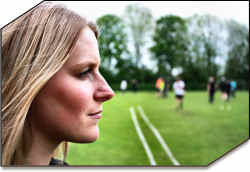 A few months ago when I read the novel The Invention of Wings by Sue Monk Kidd, I had no idea that it would include a sentiment that was so wise that I would be inspired to share it.  The main character in the book is struggling with a decision that will impact her for the rest of her life. “Choose the regret you can most live with” is the powerful advice she receives.

Those of you who have been in the office recently may have heard me quote this. In the often gut wrenching world of making tough decisions, this one simple line offers good counsel as often there is no easy, clear resolution.

As much as I valued this sentiment, I was having trouble writing about it in a way that seemed as if it would have meaning. I took a couple of shots from different angles and then moved it to the folder of unfinished blogs.

Then of course, the answer came.

Many of you know about my border collie who has been with me … Read More... “Regrets”