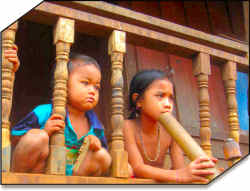 “How often do parents cheat on each other?” asked 16-year-old Jason during one of our recent sessions.

There was an uncomfortable silence for several moments. I knew this was going to be extremely difficult for Jason to handle, so I started by providing him with some facts about marital infidelity.

I told him that it was impossible to really know the answer to his question, as people are reluctant to be truthful. However, experts estimate that anywhere from 30 to 60 percent of married people have sexual relationships with someone other than their spouses.

“Do they usually get divorced once it’s discovered?” he asked.

“Not always,” I responded. “About 30 to 50 percent of the time, marriages can survive in spite of this serious problem.” He seemed reassured by my answer.

There are typically concerns behind such questions. Jason eventually told me that he had read an e-mail on his dad’s computer describing in graphic detail the sexual contact that had apparently been going on between his dad and a female friend.

Jason was emotionally traumatized after reading this letter. He felt angry at his dad, but Jason also was extremely confused about what if anything to say to his mom. If he told his mother, would he be responsible in a way for their divorce? If he kept silent, would he be enabling his dad to continue this deceitful behavior? How would Jason’s mom feel about her son if she found out that he knew but said nothing about his dad’s affair?

Here are the three things that I tell kids who are stuck in such a quandary.

Marital infidelity can cause incredible pain and have lifelong negative consequences for the kids in these marriages. Is it worth it?

To sign up to receive Dr. Ramey’s Family Wise monthly E-newsletter, click here. For more of his columns, visit www.childrensdayton.org/ramey and join Dr. Ramey on facebook at www.facebook.com/drgregramey.

[Reprinted by permission from the September 11, 2010, edition of the Dayton Daily News, “Should Teen Expose his Dad’s Infidelity?”, Family Wise, Gregory Ramey, PhD]

© 2010, Ohio Family Law Blog. All rights reserved. This feed is for personal, non-commercial use only. The use of this feed on other websites breaches copyright. If this content is not in your news reader, it makes the page you are viewing an infringement of the copyright.

About The Author: Guest Contributor Gregory Ramey, PhD, Child Psychologist and Dayton Daily News Columnist
Gregory Ramey, PhD, is a nationally recognized child psychologist and columnist who has worked at Dayton Children’s Hospital since 1979. In addition to his weekly column in the Dayton Daily News about effective parenting, Ramey has conducted more than 200 workshops and has recently been quoted in articles in Redbook, Parenting, Ladies Home Journal as well as columns distributed by the New York Times Wire Service.

One thought on “Should Teen Expose Dad’s Infidelity?”