Overview on Ohio Divorce Law: Gambling as the Basis for Financial Misconduct and Unequal Division of Marital Assets Upon Divorce 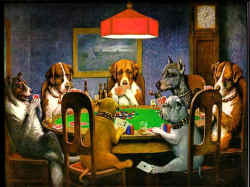 Gambling exists in every state (even in Utah and Hawaii where it is illegal), but not everyone gambles the same.  If gambling gets out of control, it becomes a real medical condition. A “Gambling Disorder”, as the affliction is known, affects slightly more than 2 percent  of all U.S. adults. According to the Mayo Clinic, “Gambling can stimulate the brain’s reward system much like drugs such as alcohol can, leading to addiction”. Individually, male gambling addicts typically accumulate an average debt between $55,000 and $90,000.  Female gambling addicts average a $15,000 debt, by one estimate. But as one might expect, most gamblers do not have sufficient resources to pay back what they owe. As a result, gambling addicts develop a high tendency to, suffer from other health issues, lose their jobs, commit crimes, and strain their relationships and marriages. Research indicates that Ohio is tied for 4th of states with the highest percentage of adults with gambling disorders., not surprisingly, as a divorce lawyer, I have seen a significant rise of gambling problems/debts as a primary factor leading to divorces. Click here to read more statewide gambling statistics.

With that background, here is a primer about divorce and gambling and how it MAY impact a Court in a property division award:

As you can see, divorcing a gambling addict can be very tricky and the outcome can be factually dependent! If you find yourself in this situation, seek out a divorce lawyer experienced in litigating these complicated gambling cases. A more “generalist” lawyer may incorrectly assume that despite the financial gambling misconduct, that the assets will be divided equally by the Court.

© 2017 – 2018, Ohio Family Law Blog. All rights reserved. This feed is for personal, non-commercial use only. The use of this feed on other websites breaches copyright. If this content is not in your news reader, it makes the page you are viewing an infringement of the copyright.

Gambling: The Consequences Of Financial Misconduct In A Divorce